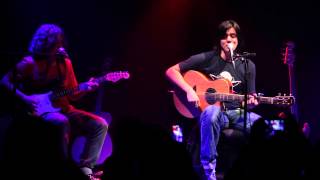 Frontman for "Dan & The Underdogs", English singer Dan Torres moved to Brazil in 2003 and quickly established himself as one of the country's leading recording artists. With a long of list of studio recordings for television under his belt, the highlight was surely being invited to record Beatles classic song "Lucy In The Sky With Diamonds" as the opening theme song for prime time tele-novela "Imperio". The famous soap opera aired on Brazilian TV between 2014 and 2015 and was